Founder and Artistic Co-Director of Lumiere Ballet, Svetlana conducts  a professional training program in classical ballet and character dance on all levels while developing a rich repertoire for her dedicated students. Her personal dance training and academic education is French, Russian and American.

Svetlana Caton (nee Belozubova) has worked with artists of various styles: classical, neo-classical and contemporary. Her own performing and teaching methodology reflects Russian Classicism in its purest form.

In Belgium, her primary teacher, Lydia Pavlova was a classmate of George Balanchine at the Maryinsky Ballet in St Petersburg, Russia. Lydia brought Svetlana (at the age of 12) to the prestigious Concours de Danse in Paris, where she was offered a choice of scholarships:  the Paris Opera Ballet School as well as studies with the legendary Olga Preobrajenska, Liubov Egorova and Mathilda Kseschinska.

In Belgium, she began her professional career at the Theatre Royal de Liege under the direction of Joseph Lazzini.  In the United States, while continuing her academic studies, she gave guest and benefit performances and continued her ballet training with Russian teachers Maria Nevelska, Vera Nemchinova, Nina Popova, Nicholas Orlov, Andre Eglevsky, Leda Anchutina and Vladimir Dokoudovsky.

In 1980 she established her first own ballet school in Kings Park, NY and engaged Valentin Froman, a former star of Ballet Russes and last partner of  Anna Pavlova. She performed and worked with the Fedicheva Ballet Company and in summers taught ballet at the USDAN Center for the Performing Arts on Long Island and also taught ballet classes at several ballet schools.

Venti Petrov is a graduate of the Bulgarian National Ballet and an International Medalist. He is featured in European and American publications as a formidable dancer, an exceptional choreographer and a sought after ballet master. While dancing and performing in an extensive classical and contemporary repertoire, Petrov creates ballets ranging from heroic, romantic  to comedic using a diversity of musical sources.

Petrov performed his choreographed dances Bach Air and Patten Pending in Lincoln Center for the New York International Ballet Competition Galas. He taught at USDAN in Huntington and year round at the New York Conservatory of Dance in Manhattan.  Lumiere Ballet students have the coveted opportunity to perform his works: Eight Twenty, The Waltz, Holy Cow its Ballet, Shubert pas de Deux, Mustard and Ketchup …and be partnered by him.

Petrov’s works can be seen on YouTube under “Venti Petrov” 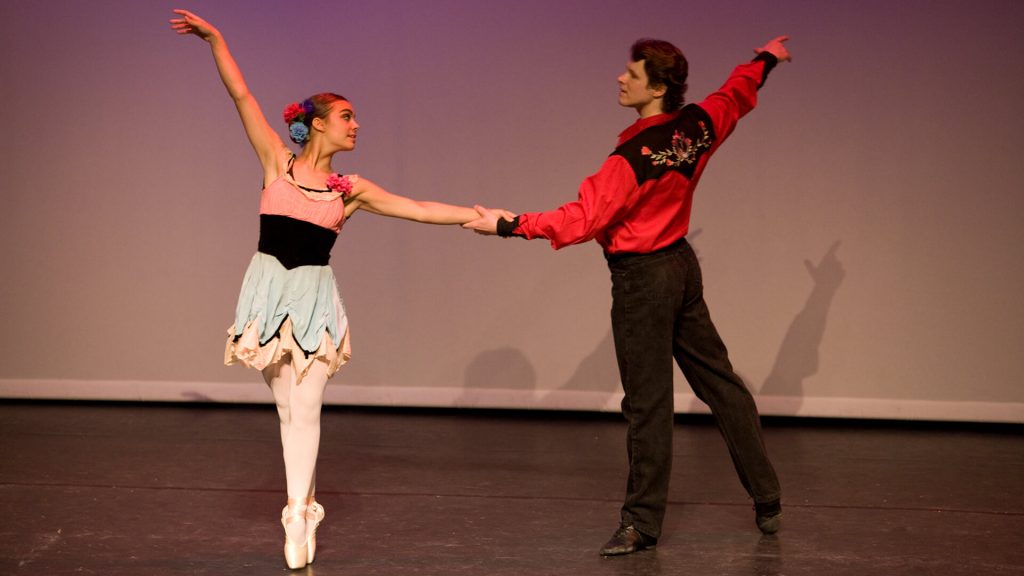